Colombian Democracy: An example to us all 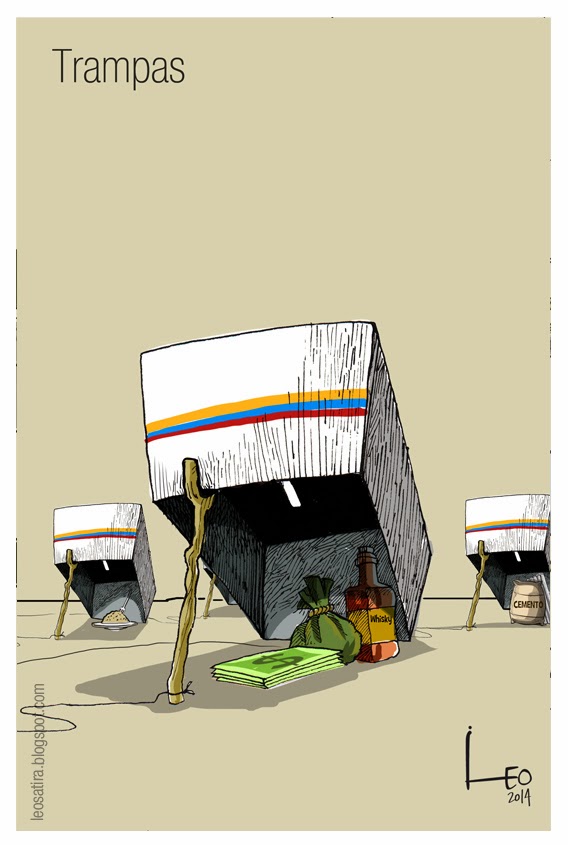 To those who still believe that democracy is simply the result  of an electoral process, you may be mistaken. And if you’re Colombian then you probably know you're mistaken, you just don’t want to admit it. The democracy they so honourably call the oldest in Latin America, has once again played its role in legitimately establishing a corrupt, para-political and criminal group of people to do no less than legislate for the governing of the majority, but not them. It goes without saying that the ‘majority’ in this case constitutes a small fraction of Colombians (30% of those registered to vote/ 70% abstention rate) that did decide to elect into congress, a group of people who have openly undermined their needs for 200 years. A ‘sick joke’ probably best describes politics in Colombia at this moment, the promise of peace at the expense of our natural resources and traditional livelihoods through persistent violence.

Under the pretext of ‘Peace’ the current leader, Santos whose party won 21 of the seats in senate urged his blood-thirsty ex-boss, the former president, Alvaro Uribe, to unite in bringing an end to the conflict that has disproportionately dominated every facet of policy making for over 50 years. Uribe and his party, who have remained diametrically opposed to peace since their conception only managed about 19 of the total seats. What is truly shocking is that out of the 102 available seats, their two parties, together with the zombie type senators who make up most of the representation of the Colombian political spectrum, account for about 90% of the total seats in congress.  It is this group of people who will continue to make laws that seek only to improve the conditions for FTAs, for bankers and for all the sectors that explicitly represent the old and new elite. It is this same group of people who will use economic indices, with their hand on their heart, to tell the world that Colombia is a 21st century miracle. What our esteemed political leader seems to forget is that the last time he and Uribe worked together, they single-handedly carried out some of the worst violations of human rights in Colombian history. The blood on his hands are constantly staining the white dove he so aptly carries buttoned onto his blazer jacket. It is all simply part of that same process being so masterfully carried out by the oldest democracy in the continent.

There are however, some glimmers of hope;  they come in the form of a handful of conscious senators who have, and will continue to denounce the illegal actions of some 25% of senators who have been, or are actively being investigated for a series of criminal acts, that range right from the hacking the phones in order to sabotage judicial processes, to the ordering of massacres to silence and re-victimise the many victims of the Colombian conflict. Jorge Robledo, Claudia Lopez and Ivan Cepeda are three politicians who will lead the way in combatting the vote making machine that is Uribe and his flock. These senators' strong and resilient stance on the need for justice is a welcoming breath of fresh air in the sewer-like halls of the Colombian congress, however their power is limited. You don’t have to be an expert, 3 people in a house of 102 will never make enough noise to bring down the para-political structure that has began to be implemented in the last few hours. It is from these examples of brave defiance that Colombians should take inspiration but instead we find ourselves in a stagnant situation where a majority actively chooses not to even vote. Perhaps they know more about the workings of that old democracy.

The factors outlined above almost render the 700 denouncements of corruption within this electoral process unimportant. The fact that Uribe’s party could actually undermine the little work that has been done on seeking an end to a history washed in the blood of civilians is almost rendered unimportant too.  Colombian democracy is a facade for a colonialist, imperialist, and parasitic capitalist  tradition implemented 500 years ago and continued through to today. Here in London MJD is aware of this and we will do everything in our power to make sure the Latin American community in London becomes aware of the 'old' joke too.


Sources:
Posted by Movimiento Jaguar Despierto at 9:23 AM