London’s Cycles - Solidarity March against the biggest open cast coal mine in the World: Cerrejón 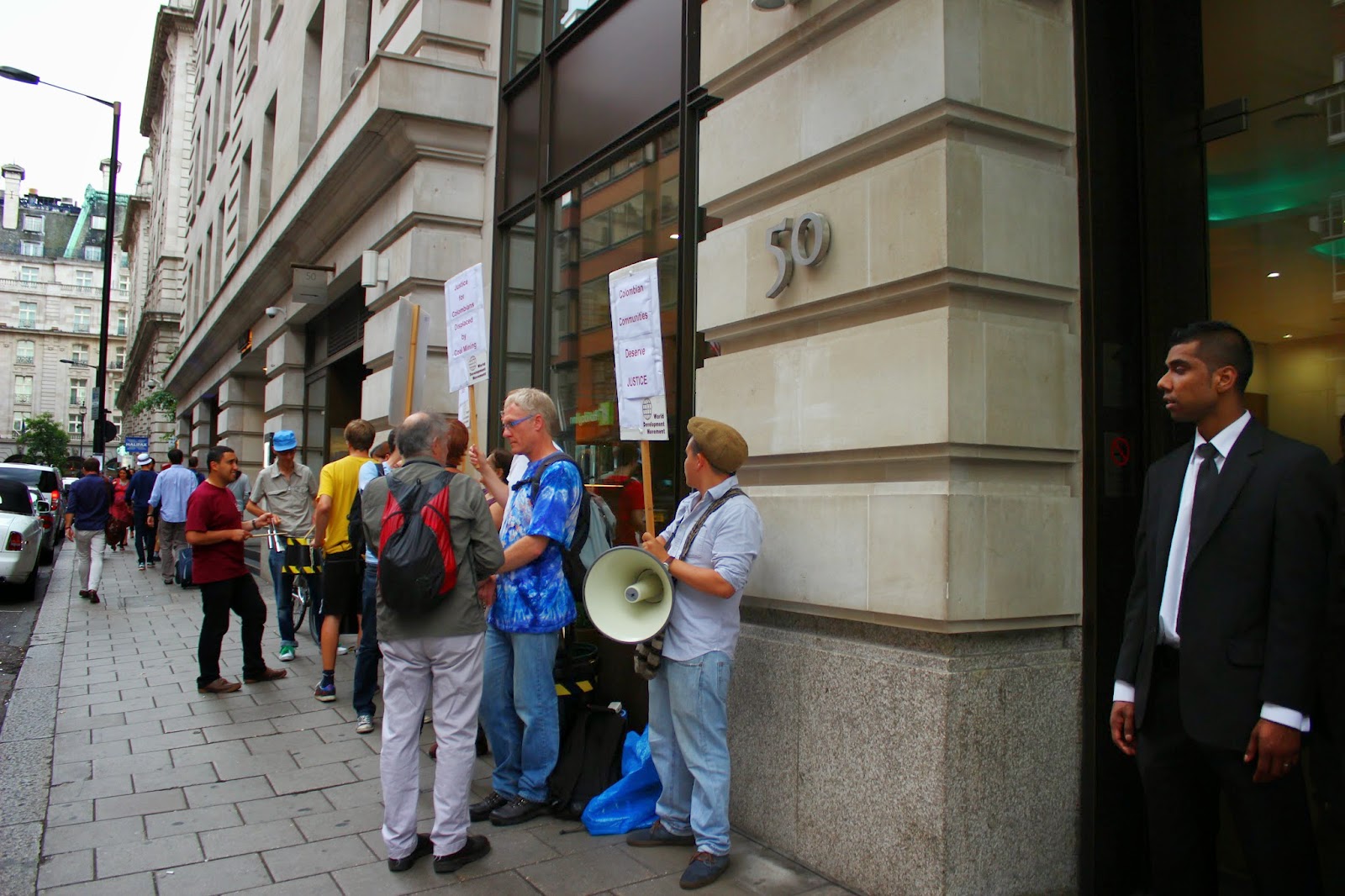 Sometimes it is easy to get caught up in the cycle of the world which doesn’t allow you to perceive how it is that this cycle works, and so they say. It is the ever constant, conscious, or unconscious decision to purposely avoid the information around you which if tapped into, would allow you to perhaps root for more prominent change in the world.But for those at the other side of that cycle which we so frequently choose to ignore, it is not about prominent change in the world. It is about dignity, it is about respect, its about resistance.

On August 8th we took to the streets of London, to march in a city where it is sometimes easy to forget that much of that cycle stems from bunker-type buildings where a relatively small number of people work relatively hard to ensure the suffering of a great many more people, Oppressors.
Glencore Xstrata, Anglo American and BHP Billiton. These three mining behemoths, are particularly successful at facilitating the suffering of those people in the world for whom oppression and thus, resistance is an every day truth - in this particular march, we remembered the people who live around the biggest open cast coal mine in the world called Cerrejón in La Guajira, Colombia.

The argument cannot begin at the point where we condemn the huge profits of these companies as we place them in comparison to the relative ease with which they could provide apt living conditions, ensuring a dignified livelihood for the communities which are displaced, massacred and criminalised simply for existing. This would only reinforce the legitimacy of those who believe we have progressed into a ‘post-colonial’ era where families and communities are forced from their land, from their livelihood, from their tradition legitimately...

The premise should be that these companies should not EXIST in the first place! But they do, and their existence only serves to legitimise the terrible atrocities they carry out on the communities affected in that on-going cycle where we need energy at any cost. If by law they’re obliged to act as responsible corporate actors, making prior consultations with the communities in question, and if the principle of prior consultation is such to consult the communities about their possible displacement and decimation from a particular area, then under the principle of consultation the communities should be allowed to CHOOSE not to be displaced and decimated, or at least have a say on how it is to be done - but it isn't - the cycle in full swing.

Here in London, most people do not realise that as these companies are listed on the London Stock Exchange, their pension funds or perhaps their insurance policies automatically makes them part of that ‘post-colonial’ facade of good manners and friendly smiles or corporate social responsibility, behind which the annihilation of different peoples and their livelihoods is carried out.

But we will continue to show solidarity to our brothers and sisters around the world. Organisations such as the London Mining Network, World Development Movement, Colombian Solidarity Campaign and War on Want amongst others, facilitate a steady feed of support to our friends in the oppressed world. There will be many more marches, resistance will not stop until the guts of these behemoths are ripped open and the cycle is brought to an abrupt end.

Join us in October for a series of events which convene around the visit of two community leaders from La Guajira who will enlighten and inspire us with their stories of resistance against these companies who so regularly display their incapacity to interact with the real world.

For personal story of those affected see:
http://www.wdm.org.uk/climate-change/eviction-tabaco-13-years-struggle